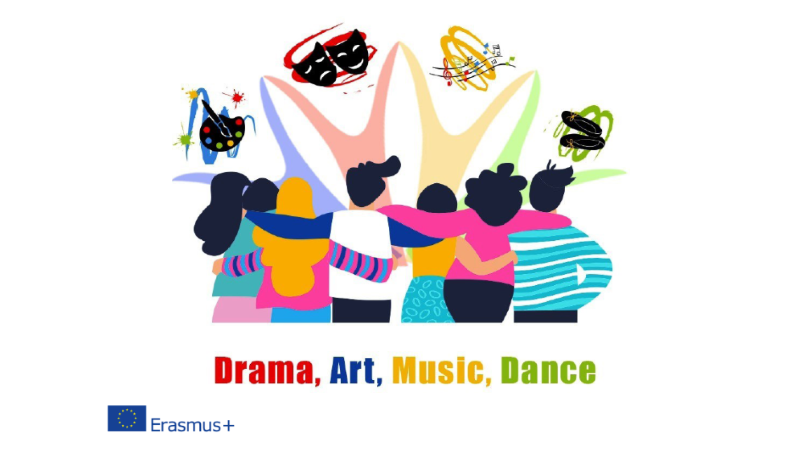 “A Multicultural Europe with Drama,Art,Music,Dance”

We have been  very happy to be  hosted in Antalya, the paradise of the Mediterranean Sea. While there, we could enjoy the sunny  weather of the spring season and the historical places and the coast.

Monday March 7, we were collected from the airport and dropped to the hotel with a transfer vehicle.

Tuesday March 8, we devoted the entire day at school between workshops, welcome ceremonies and Turkish food tasting with a little meet-and-greet involving students and teachers of the school.

In the afternoon, we visited Hakan Tütüncü, the mayor of Kepez District, at his office and share our ideas about the project. After the visit, we were dropped off at the hotel for a deserved rest. After that,  a welcome dinner for teachers was held in the evening at a local restaurant in the old town.

Wednesday March 9, after we were picked up from the hotel and went to school and  students kept presentations about the main artists and works of their own countries. After the presentations, we  had lunch in the school canteen . After that, we  visited the Chamber of Architects and Engineers in Antalya and learnt about the history of Turkish architecture from a lecturer. We  discussed where Turkish architecture came from and where it is heading. After completing the visit, we went to Akdeniz University Faculty of Fine Arts and Faculty of Architecture and there we got information about the Place and Role of Tradition in Art and Architectural Structure. We also assisted to a special show of Turkish traditional musical instruments. In the early evening we were  dropped you at the hotel.

Thursday March 10, we went to visit the Waterfalls and then to school. We took part in a Joint Research Workshop “Reflections of Art on Social Structure” – “Architectural Structures and Their Impact on Social Life”, and then we had a deepening about Turkish Marbling Art, which is included in the World Cultural Heritage List. After lunch at school, we  visited the Antalya Museum . After our museum tour, we visited Kaleiçi, the oldest settlement of Antalya, and visit the Ethnography and Suna-Inan Kıraç museum. We could see the structure and history of the oldest buildings in the Old-Town. After completing our visit, we  had some free time in the old town.

Friday March 11, after picking us up from the hotel in the morning, we left for the ancient city of Termessos. This place is also a National Park. About 1.5 km. We  took a tour of the Ancient City reached after the footpath, and we  took photo shoots in the amphitheater located at the top of the mountains. We ate our meatballs-breads that our hosts cooked on the barbecue in the national park picnic area. We  finished our day there and came back to the hotel.

Saturday March 12, the last day of our work, we were picked up from the hotel and set off for the Ancient City of Perge. The ancient City of Perge is one of the cities stretching from the Roman era to the present day. Here we studied the life and order of those times. After completing our visit, we came back  to the city where we could taste local pitas in a restaurant because it was too cold to havea barbecue. After lunch, we held a ceremony where we  received our certificates, we completed the day and our work sharing emotions end new knowledge.

Sunday March 13, we were taken from the hotel to the airport according to the flight times and we came back home with the best feelings.

Any cookies that may not be particularly necessary for the website to function and is used specifically to collect user personal data via analytics, ads, other embedded contents are termed as non-necessary cookies. It is mandatory to procure user consent prior to running these cookies on your website.